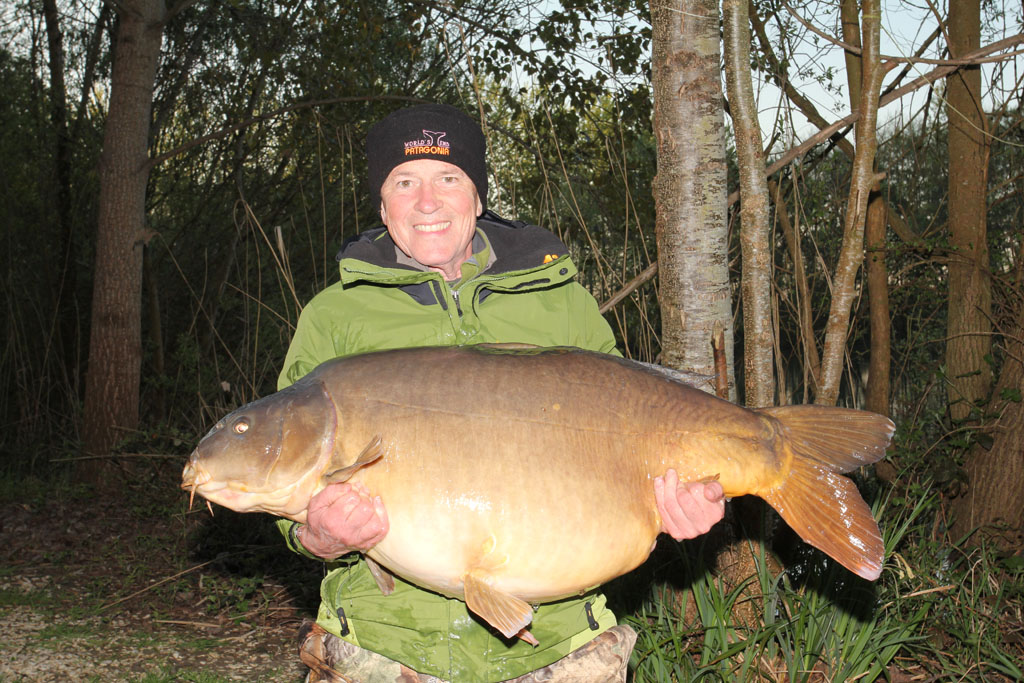 There has been a great deal of debate and comment recently about the benefits of using salt either as a bait additive or as an ingredient in a boilie mix recipe. Whilst there are varying views on this subject, there is no question that carp are attracted to salt and they also need a reasonable percentage of this element in their diet and in their environment. Many different types of salt is present in the fresh water environment and it collected and absorbed from surrounding soils, by sea water ingress and tidal activity. Sodium Chloride, table salt, is even naturally present in some rivers and fresh water systems and carp are well used to dealing with and utilising this compound. Calcium or magnesium carbonate and even sulphur salts are also commonly found in fresh water too.

I started putting salt in my own bait recipes back in the 1970’s. At that time I was looking for ways to enhance the taste of the ingredients I was using. It has to be appreciated that 30 years ago there were no commercially available fish bait taste enhancers, so we had to use whatever information we could gain from human food technology or whatever we could buy at the local supermarket. On a small point of interest, in medieval times, salt was a true delicacy and well-to-do people would be positioned at their meal tables seated in order of their status. This level of status was shown to be either ‘above’ or ‘below’ the salt depending on a persons’ wealth or position in society. Now we get little sachets of salt with our meals, in restaurants, cafes on aeroplanes and everywhere in the world!

Salt is still as effective a bait additive as it ever was and is the most common broad action taste enhancer for most foodstuffs, especially meat and fish but also sweet fruits, confectionery food, cereals, puddings, cakes and biscuits. We even add salt to chocolate! It is however, the characteristics of salt that bring out the naturally present nucleotides in all meat and fish based ingredients and I believe this is what is most attractive to fish. These compounds are linked to the amino acid glutamine which is present in meats, yeasts, and is also copied by food technologists to mimic umami – or the sense of taste wellbeing and mouth feel. For example, take the food enhancer ‘Monosodium Glutamate’, which is used in Chinese cookery. It is this link of amino acid derived salt taste that has come to be used in bait more recently and by the use of animal and fish feed enhancers.

I hold the view that high salt content bait should come with a health warning. Freshwater fish have to maintain a constant internal salt concentration which is balanced by osmosis. So fish already have a large salt intake because they actually drink water to maintain their salt balance. They then excrete the waste salts from their gills membranes and via the urine. This action is attractive to other fish as it is also linked to food or feeding activity as other fish home in on the salt residue and urea.

Excess salt levels suddenly introduced via anglers bait could cause fish to bloat. Their internal organs might distend through bloating pressing on pre formed egg sacks, thereby inhibiting spawning and encouraging dangerous spawn retention. It is a known fact that if general salt levels are for any reason too high then fish, such as carp, lack the ability to regulate their metabolism and will die. It is probable that small lakes and more intimate fisheries are much more likely to be effected by the overuse of salt in anglers bait. Larger venues, big pits, lakes and river systems will be able to manage the excess salt content through dilution, but this should not be an excuse to use potentially harmful bait additives to excess on any fishery.

It should be remembered that salt is a powerful chemical and once it is introduced to a water source it may take some months to dissolve or evaporate. In cold water this process takes much longer. As water warms, salt might also act as a catalyst for de-oxygenation. This is more likely on smaller venues and commercial fisheries or especially on match type venues where a large amount of bait is regularly used. Salt should almost be treated as a poison to freshwater eco systems and should always be used with great care in bait.

I therefore believe it is wrong to use any form of salt as a bulk-additive to particle bait, seed or ground bait, or to randomly use pure salt, rock salt, salt tablets, dishwasher salt or any other pure salt at levels that exceed 2% by weight of dry matter. In simple terms, that is a maximum of about half a teaspoon of salt to one kilo of bait. The best salt for bait would probably be table salt or possibly pure sea salt. However, adding handfuls of salt to a bucket of prepared seeds or grains should be regarded as irresponsible! Introducing pure salt, either in PVA bags or directly into the water via a remote controlled bait-boat, is downright mad and as far as I can see smacks of sheer desperation!

There are many ingredients that are already high in natural salts, (nucleotides). These would include fish meal, cheese products, yeasts, krill extracts, anchovy, salmon extracts and hydrolysed savoury extracts including some vegetable proteins. So, we do not really need to use pure salt in our bait when there are many more diverse and interesting additives that are more effective.

In conclusion, I would recommend that the use of pure salt should be limited and strictly monitored by clubs, syndicates and fishing organisations. Memorandums and reminders about the effects of salt in bait should be circulated by the press, clubs and angling organisations and this should be made policy before we create a greater problem for ourselves than already exists. Bait firms should be mindful of providing fair and accurate guidance on the use and inclusion of pure salt products rather than promoting new products just in the hope of making additional profit.

Are your boilies too strong?
6th December 2016

Watercraft…The Forgotten Art by John Baker
29th November 2016
Go to Top
We use cookies to ensure that we give you the best experience on our website. If you continue to use this site we will assume that you are happy with it.Ok